On behalf of all of the interested Disney Infinity Fans we asked some questions.

What is your real name?

What is the origin story of your Toy Box submission username?

In the television series Beauty and the Beast (The one with Ron Pearlman), there was a character by the name of Father, A wise sage type. I liked the character and took his name as my online avatar. The 911 part is simply because father is such a common name that it is almost always already taken

What made you decide to buy Disney Infinity?

I loved watching Disney as I was growing up, and the chance to share some of those memories with my daughter was too good to pass up.

What is your favorite play set and why?

Pirates of the Caribbean...Sailing the ships is a blast.

Who is your favorite Disney Infinity character and why?

For purely practical reasons I like Dash. That extra speed when creating Toy Boxes is convenient.

Which character would you like to see included that hasn't already been and why?

When you hear of a new challenge, what steps do you take to make your idea for a Toy Box a reality?

Every successful Toy Box I've made has one thing in common. The moment I saw the challenge subject, I immediately had a vision in my mind. Any challenge that I have struggled with an idea for has not worked out. That is now my criteria going forward, If I don't immediately have an "wouldn't that be cool" idea I'm going to pass.

How long did each of your featured Toy Boxes take to build?

- Pinball Soccer was about 10 hours, looking back it would probably only take about an hour to do something like that now, but I was still unfamiliar with the tools, and I believe I didn't even have all the vault items unlocked yet.

- Swiss Family was about 12 hours, most of it spent getting the house to look just right. I used pictures from the movie to try and recreate the structure of the tree house as closely as possible. Why? because I wanted to.

- Safe Cracking was also about 12 hours, but that is a little unfair as I used the same logic as I had for a previous challenge that did not get picked, including the time spent working out the logic it was probably closer to 20 hours over 2 weeks.

- Anna's Quest was the big one, over 40 hours, largely because of a mistake I made which I will go into later.

- Man the Cannons was very similar in scope to Swiss Family and took about 12-14 hours, again most of it spent getting the ship to look just right.

What do you consider to be your specialty when building Toy Boxes?

I'm a programmer so I like working with the logic toys, but I think I might be best known for the structures I build.

What is your favorite Toy Box that you have built?

My favorite Toy Box is Safe Cracking. The logic to make the combination lock work is so complicated that I had to write it down, but when in use it is seems effortless. I got to add a racetrack, not my forte, but it was fun.

What is your favorite Toy Box that someone else has built?

The Big Room by Enrem, this one was a game changer. It showed us what could be done and as such what should be done in the Toy Box.

What are some of your classic Toy Boxes that have not been a featured top 5 Toy Box?

I already mentioned my Contraptions Challenge submission that was turned into Safe Cracking for the Duck Tales Challenge. I made a toilet paper gun fight level for the Halloween Challenge. For the North Pole Challenge, I made a room with with a giant tree and fireplace. Most recently, I made a Heroes vs. Villains Challenge submission based on the Sorcerers of the Magic Kingdom game at Walt Disney World. I wanted to create a system where the villains are trying to take over DI and you needed to take the corresponding hero to them in order to defeat them. In the end it was a little too ambitious and I did not get it to a state I'm happy with. I may revisit it later but for now it's in my vault.

What is your dream Toy Box challenge?

Since you mentioned Star Wars, what would be your top 3 most wanted Star Wars figures that you would want released in a future edition of Disney Infinity or Star Wars Infinity?

That is easy...Yoda, Darth Vader, and Boba Fett.

Do you place any hidden tributes in your winning Toy Boxes?

No I haven't, but that's a good idea.

Does your daughter participate in your Toy Box building?

My daughter loves to help, though mostly right now that involves acting as my play tester.

How thrilled were you to see that your Swiss Family Toy Box was ranked the #4 Toy Box of 2013? What made you decide to build a Toy Box based on the Swiss Family Robinson movie?

I was very excited, It is always nice being recognized. I decided to do Swiss Family because I wanted to do something that nobody else would do, and the best way to do that was to go old school...Very old school. I'm also not surprised it was chosen, something about the tree house resonates with kids. I've had my nephews and some family friend's kids run through it and they all love it. 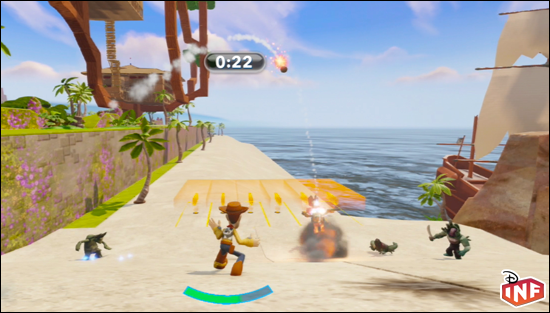 Share a story of adversity from when you were building one of your Toy Boxes that you had to overcome.

Anna's Quest was a big build, and it became even bigger. I put in 32 hours of work. The front entrance of the castle is as close to the look from the movie as I could get, and for the ice palace if you stand on the stairs at the end of the canyon and look up, the canyon walls frame the ice palace. I took a page from Rapunzel's tower at Walt Disney World and used forced perspective to make it look taller than it is. Once all of this was finished, I just had a few logic connection to make. I saved the game and restarted it to test things. Disaster, the save file became corrupted somehow, and the autosave did not have it either. I almost gave up, but I wanted my daughter to have someplace to play with Anna and Elsa on Christmas morning. The end results were worth it. 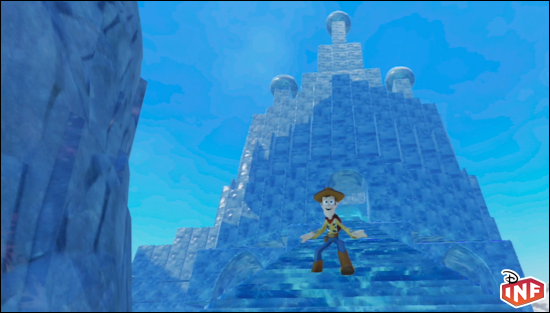 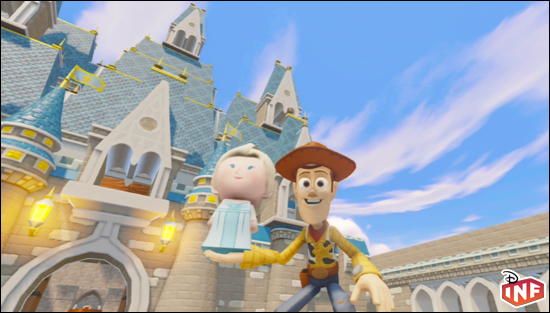 Share a funny story from when you were building one of your Toy Boxes.

I don't have any funny stories, but I would like to say how much I respect the community that has been created here on Disney Infinity Fans forum. Without the support and idea sharing that goes on here, I doubt i would have made anything after pinball. Best of luck to everyone in their future submissions!

There is something wrong with the star wars characters you chose father. You forgot Chewie
Chewie is best character

lol, apologies how Could I forget

I think these interviews are a great read and very insightful for the community. Thanks for taking the time to post them.

I could not agree anymore, XShadow246.
Want to join the Disney Infinity Fans Steam group? Click the globe icon!

@Father - I love how you can build things vertically... like that big tree house, or ice cliffs or that pirate fort... you can build stuff using the same pieces so high and yet it still looks like a unique structure without any easily noticeable building pattern repetition. I can't do that very well... I can mostly only think horizontally when laying out and building stuff... not vertically... anything complex taller than 3 stories high and my brain ceases to function I think.

Another yet amazing interview and such an eye opener for toy box builders everywhere. Thanks for taking the time to post this, your toy boxes are amazing.

I love these interviews they give a good insight on how to make good toyboxes, and a fun read
Featured Toy Boxes: Extreme Racing, Most Wanted, Mulan's Race

First time reading this, I don't think I got to play any of your boxes and the 2 shown look awesome!! Well done

Users browsing this forum: No registered users and 2 guests