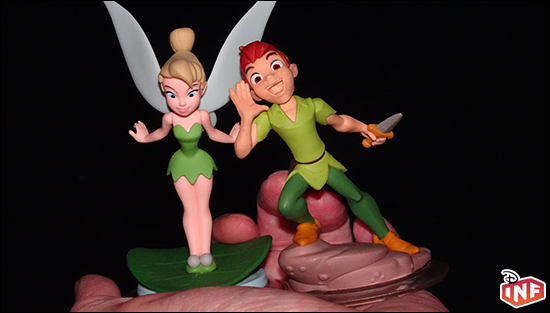 ... these are real figures. when placed on the Disney Infinity base it asks for the game to be updated to work ... 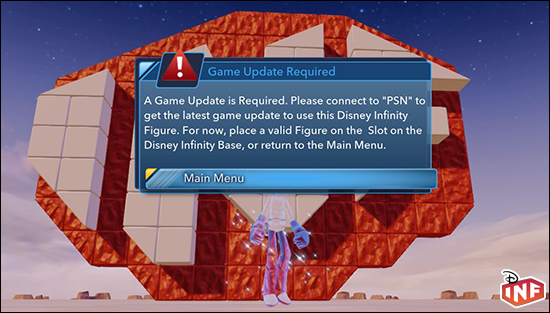 Thanks for the confirmation and pictures Sheriff, much appreciated. Ordered mine earlier in the week, can’t wait to add it to the display.

I received one as well. These were obviously so close to being released before the cold reality of the game being shut down occurred. Its really sad and disappointing Disney didn't allow this figure to be the last release. So glad to have the figure in hand though!

^ indeed, it sucks how close Pan was to being playable in game

It's always confusing to me why they just didn't allow the game designers to finish the projects they had already started.

I've seen enough of the Moana playset test videos to know the figures were fully modelled and the playset mission flow was complete.

They should have at least given us all the in progress tasks complete as a going away present.


I wonder, do the game developers have their in progress work saved to an archive drive somewhere?
I don't imagine they'll delete that data just because they weren't able to release the content updates.

The figure's base could be easily 'modded' with Tinkerbelle's 'chip sticker'. Or anyone else's for that matter. At least then he'd work as a playable in game character rather than just a display piece, and could be levelled up - Tinkerbelle is surely the closest to Peter aesthetically and in ability ( ? ).

- I have figures i've modded that don't appear on screen as they appear physically, such as Penny from BOLT, and Yaddle from the Star Wars prequels. But the core figures ( Jessie and Yoda ) still appear in my 'collection' and add to my XP and inventory.

@BionicKoalaBoy
Wouldn't swapping the RFD chip just cause Tinkerbell to appear whenever Peter is used?

I wonder if it might be possible to convince the DI production team to release their source code tools for fans to use?
And with that, whatever incomplete projects they had so we can finish them?
Obviously that would be complicated in that we couldn't earn profit from selling them, but I'm sure we'd do the work for free if it meant we got a little more DI content.

Along that line of thinking, what if we got the tools to make our own customisable, ingame figures as well?
I'm assuming with 3D Printers, anyone could create a sculpt and then upload for the DI community to download/print.
Not sure if RFID chips could be produced as easily, but it would be interesting if we could create a new playable character for DI.

Yes it would appear as Tink on-screen. But it would show within DI as an additional figure, not your original Tinkerbell. Because of modding Capt America and Iron Man several times, my ingame inventory shows shows 3 or 4 of each. Each with their own levels and skill trees.

For example I have a 'healing and helpful' Yoda, and an 'Aggressive fighter' one. Duplicate figures allow you to have different stats without resetting or re-skilling figures.

I'd be on board, but no way Disney'd release the tools. Who would you ask?
Avalanche Software is the best game dev!
Avalanche's #1 Fan

Return to Disney Infinity hardware and software, merchandise and toys

Users browsing this forum: No registered users and 2 guests